Two days ago, I noted that during a walk in the woods, my daughter, Cynthia, managed nicer images than I did.

Recently, my grandson, Finn, also spent a week with me. During our walks, he did likewise. He is faster on the draw, and more patient in observing than I am. Here are four of Finn’s shots.

A European Skipper sits in a world awash with ocher. 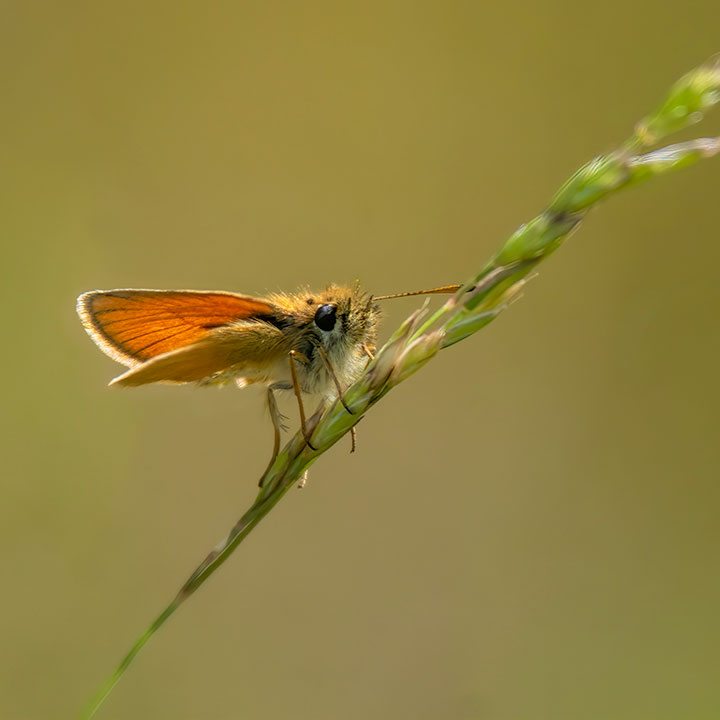 A white-tailed buck in velvet peeks out from the security of tall grass. 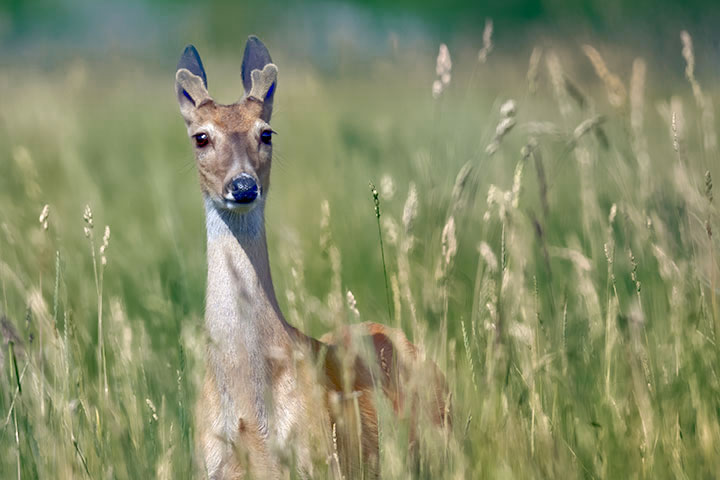 An Eastern Kingbird goes after a bug in the grass. 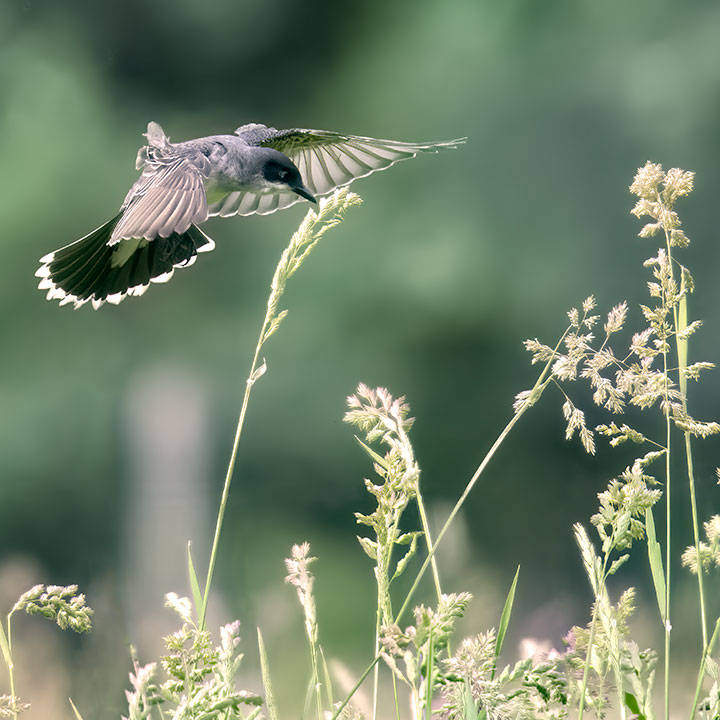 His most dramatic shot is of squabbling Tree Swallows. 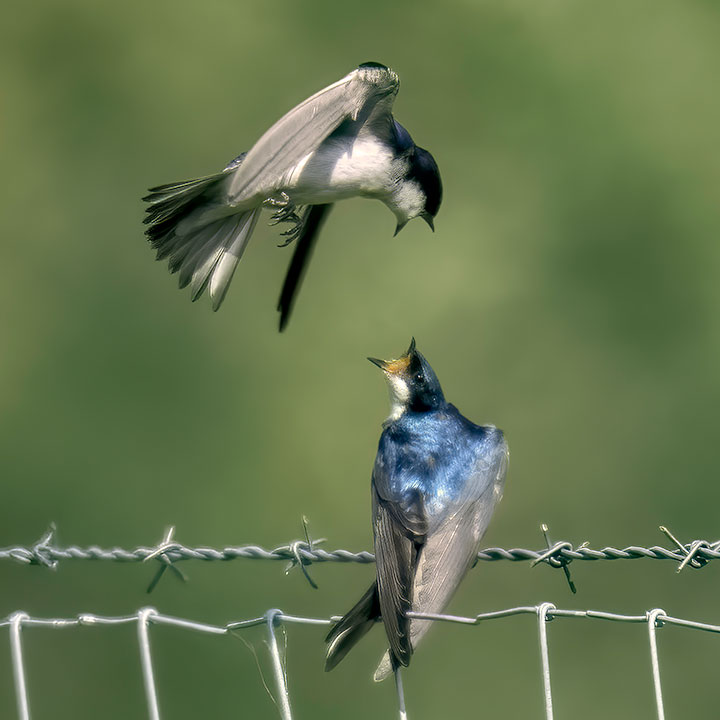