The Audubon Society tells us that Barrow’s Goldeneyes are “found mainly in wild country of northwestern North America”. Chuckle, as the Barrow’s is fairly common here, apparently Audubon’s boffins suspect we lack roads.

An obviously bonded pair of Barrow’s Goldeneyes travelled together along the waterfront. 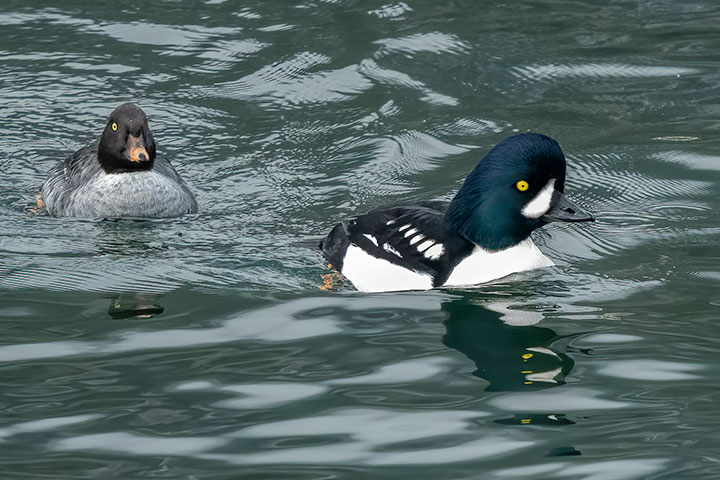 At one point he approached her using a courting display of pumping his head. It is not yet mid-November, yet Cornell’s allaboutbirds.org insists that “males begin courtship” in December. 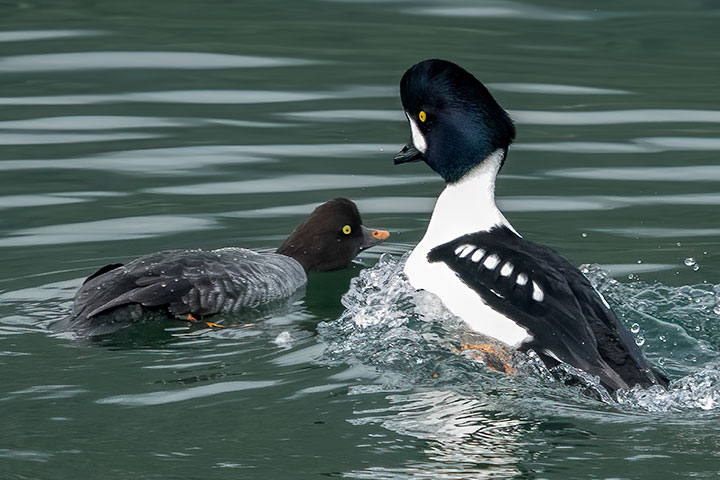 Soon afterwards, he was on her pulling himself in to mate by tugging on her head. Although it is not yet winter, allaboutbirds.org also tells us that “winter [occurs] well before breeding season”. 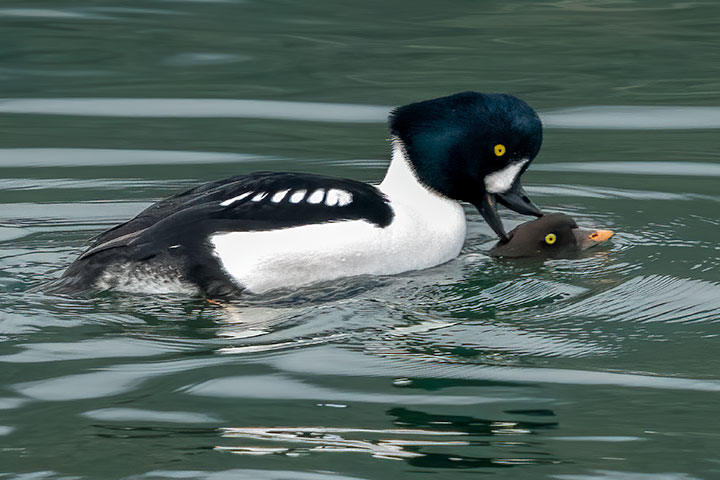 After consummation, he seemed reluctant to let her go, and continued to hold her. 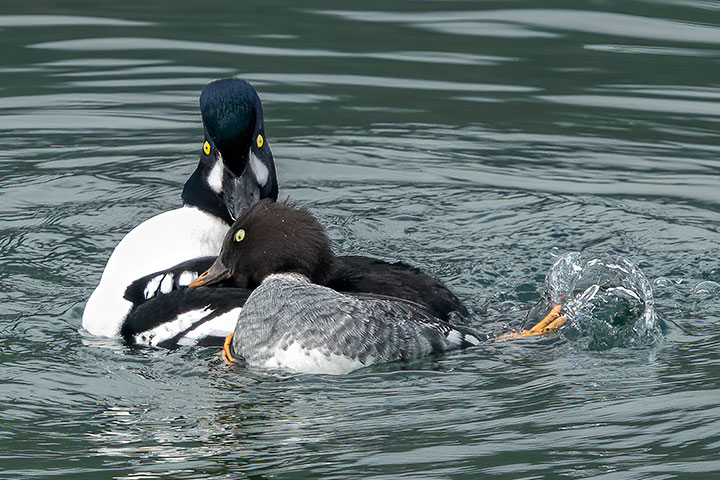 They separated, but did not part. These birds chose to make love rather than follow the manual. 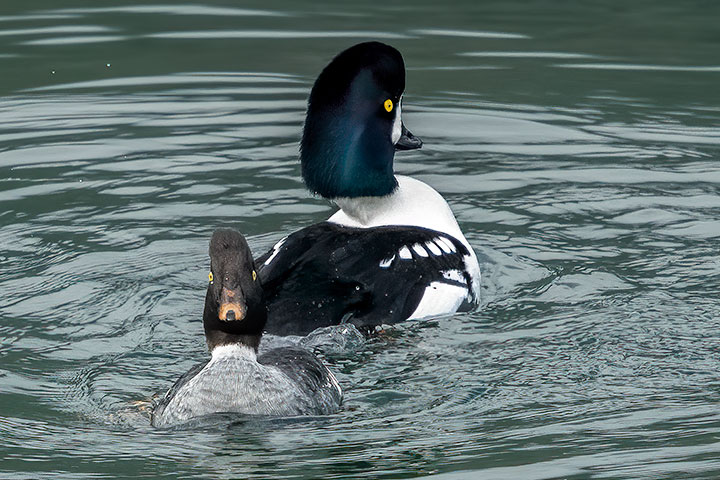