I spent a few hours rambling among raptors. While many were seen perched, this posting favours raptors seen flying.

We have two resident falcons, each of which was seen. This is the smaller; it is a male kestrel. 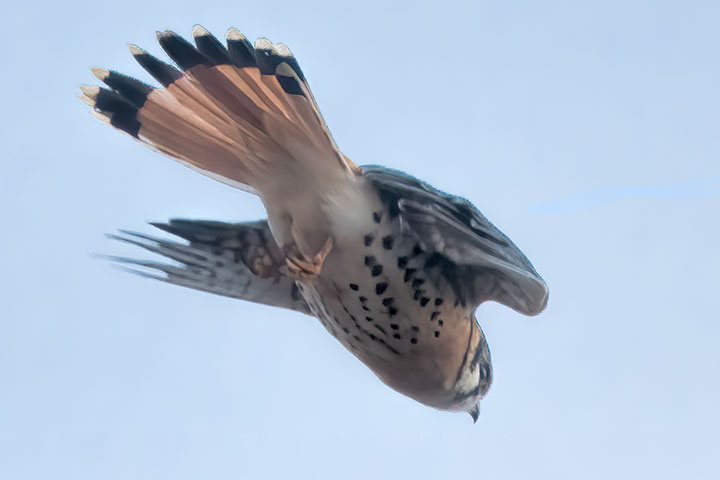 Slightly larger than the kestrel is the Merlin. It did fly, but I missed it. 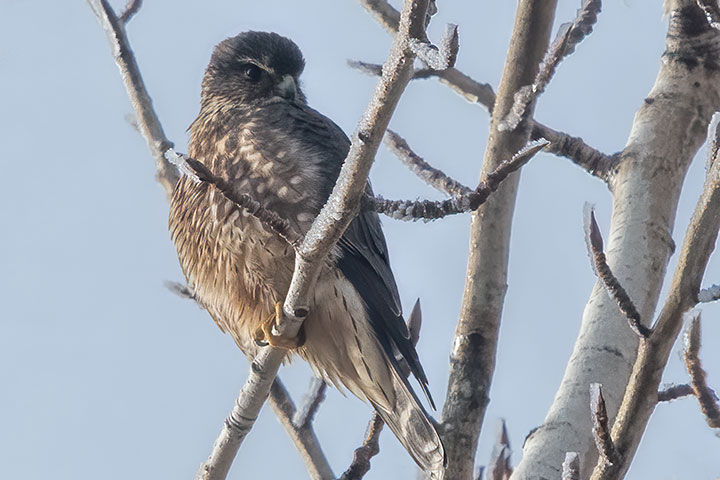 The largest raptor seen was the Bald Eagle. 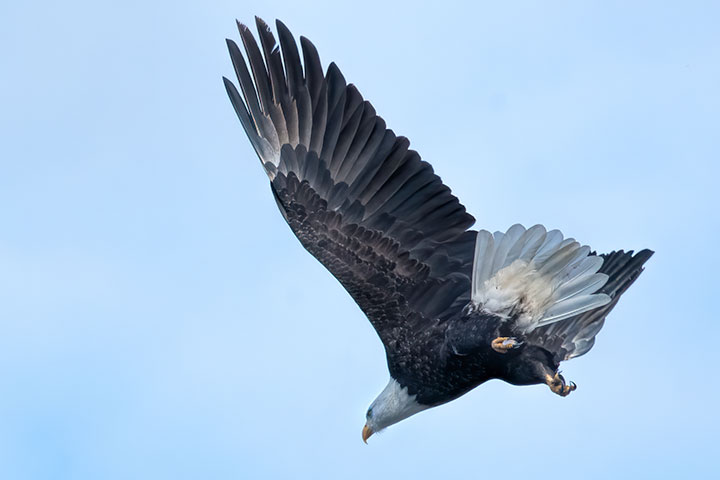 I managed no particularly good shots of a flying Rough-legged Hawk. This one will have to suffice. 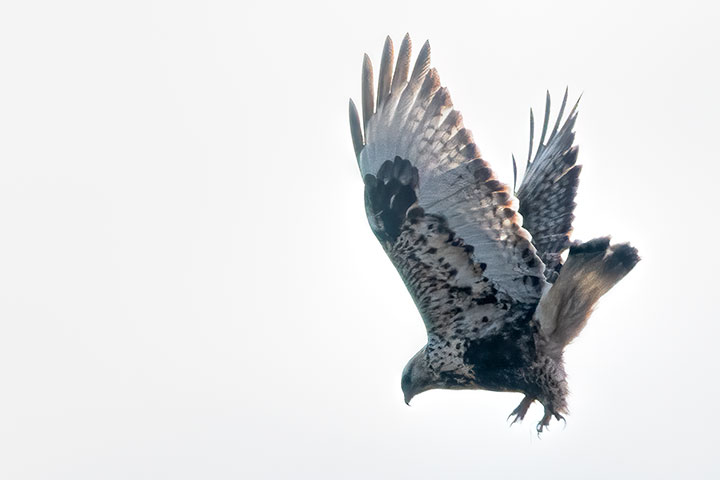 However, when perched, this same female rough-legged posed for me. 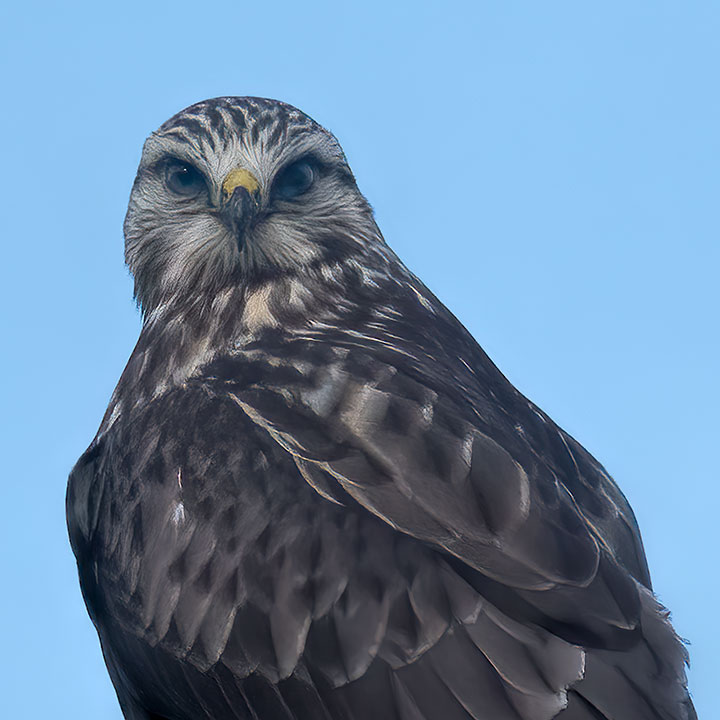 This is a bit of an oddity. I believe it to be a dark-morph Red-tailed Hawk. Across the continent, the plumage of this bird is highly variable, although the dark morph is uncommon here. 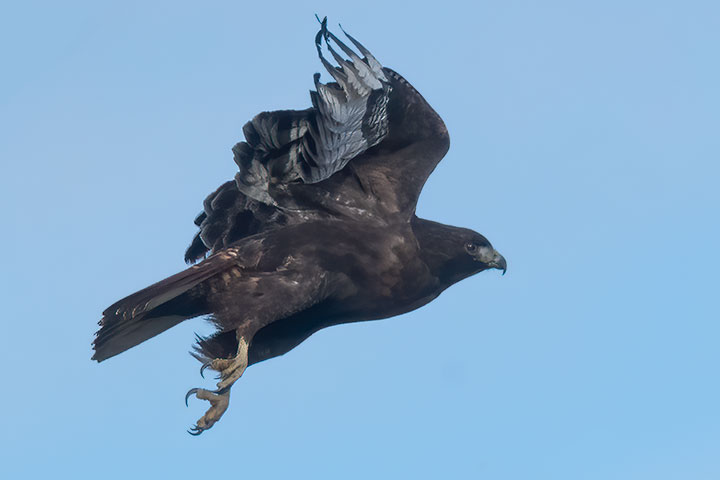 My favourite flight shot of the ramble was of the more common local form of Red-tailed Hawk. This is a juvenile bird: the red of its tail has yet to develop and its eyes are yellow. 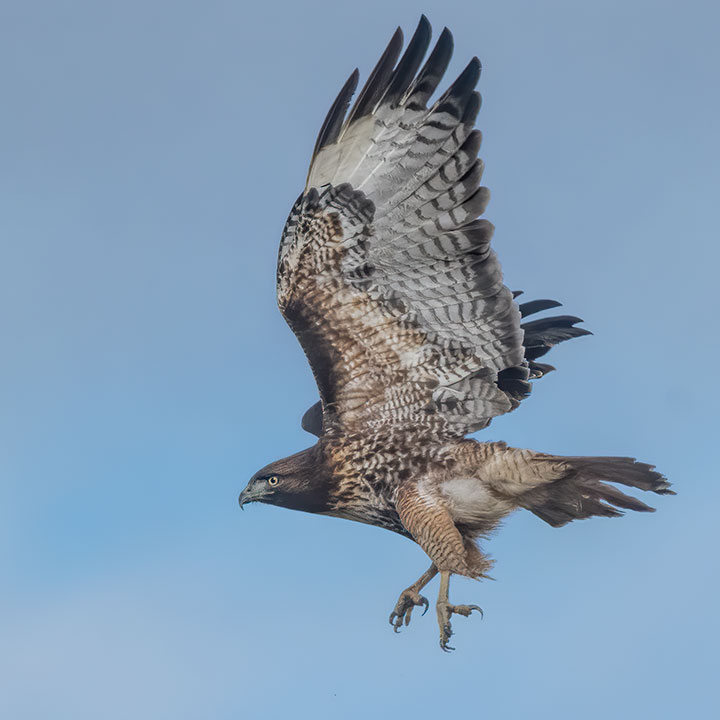