A brood parasite is something that one reads about, but does not actually expect to see.

The story begins with the Brown-headed Cowbird, a warm-season species that lays its eggs in the nests of other birds and so outsources its chick-raising obligations. As such, the cowbird is a brood parasite, which just means that it cons others into becoming foster parents for its chicks.

An initially unidentified fledged chick was begging as it sat deep among the branches of a tree. 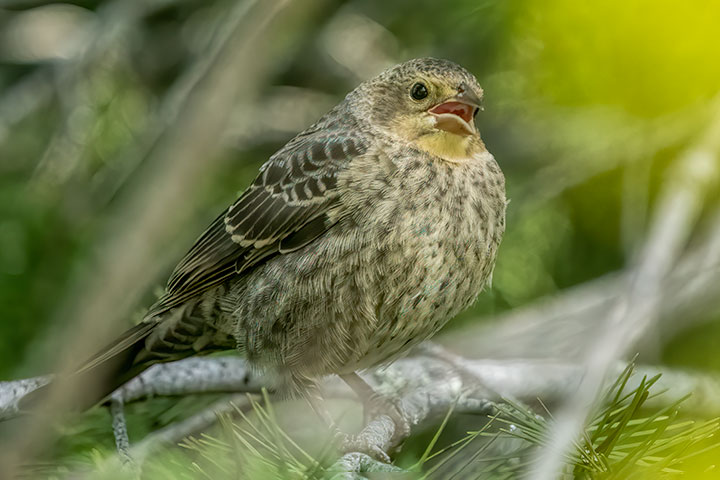 But when a (tiny) Yellow Warbler responded by feeding it, the identity of the (large) chick was revealed as a Brown-headed Cowbird. 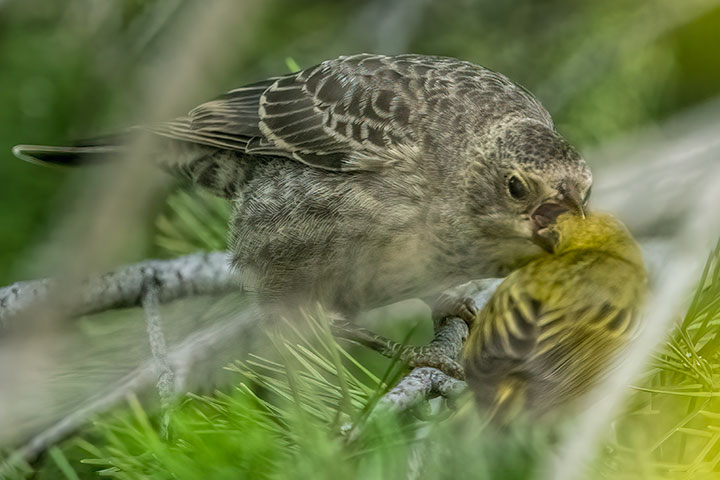 With a constant demand, the cowbird kept its foster parent busy searching for food to satisfy it. 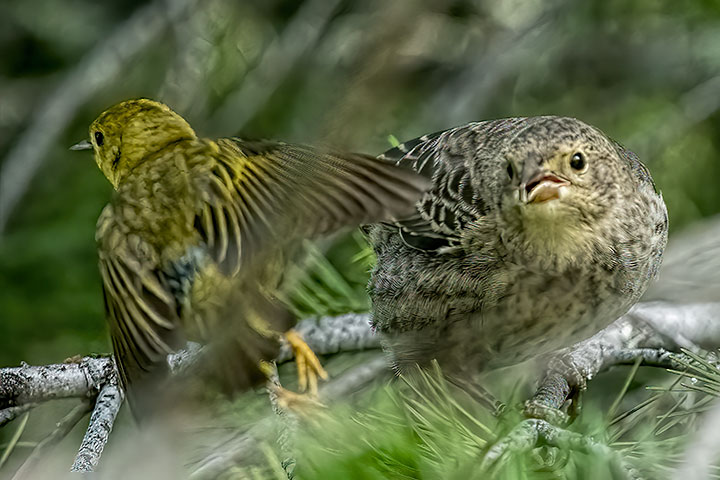