From late July into October, we are visited by migrants. These are birds that bred to our north but stop here to feed on their southbound journey. They range in size and type from the hummingbird to the eagle. Here are two migrants that have been seen in the last two days.

Hawk
I was at my home when, amazingly, a hawk landed on a hedge in front of me. It was probably interested in the little birds at the adjacent bird feeders. But, what was the hawk? As it landed and departed, it showed a banded tail, but when perched, only its head and shoulder were visible to the camera.

Speculation is that it was an adult (it has a dark eye) Cooper’s Hawk, but who knows? 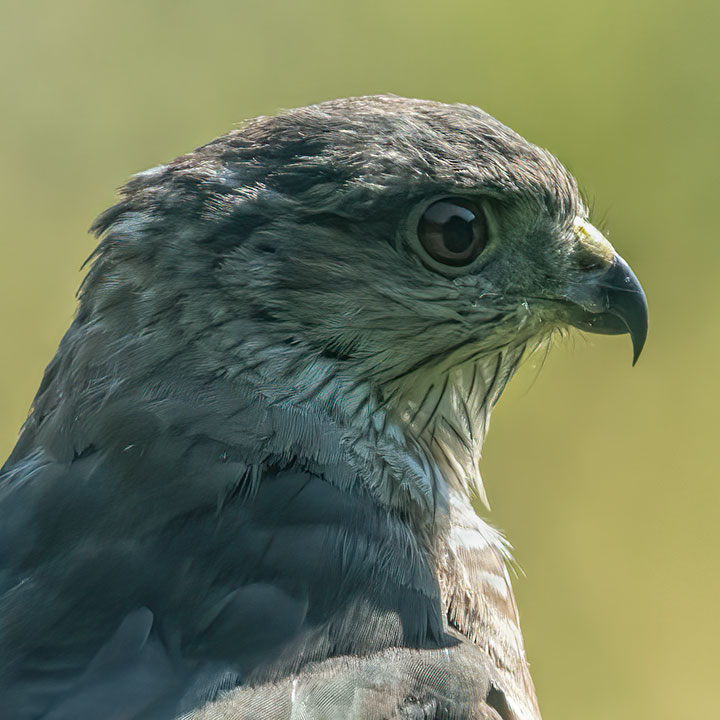 During our regular summer season, we only get Killdeer and Spotted Sandpipers. But, starting in late July, the floodgates open as migrators stop by to feed on their way south. Or, at least that is what is normally expected. Even observations of Spotted Sandpipers have been less common this summer, and I had to await until the dying days of August to see my first migrant. It was a Greater Yellowlegs.

A migrating Greater Yellowlegs is feeding on a tiny fish. 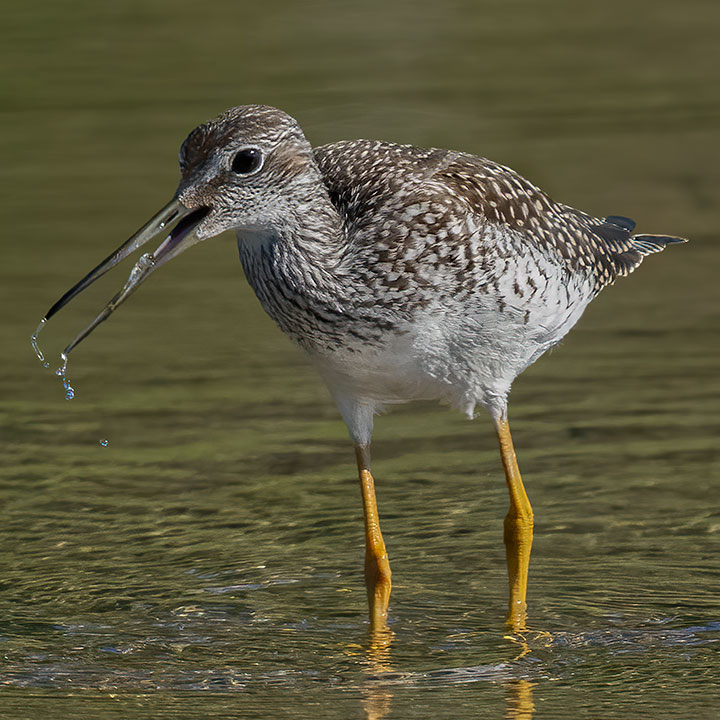