In the cold-morning air, an elk could see its breath. It is my guess that elk will have, at best, only a shallow grasp of the physics of the experience.

Some writers find it tempting to explain the condensation by claiming that the exhaled vapour is cooled by encountering the cold air. Yet, the resulting mixture has undergone neither a net cooling nor a change in average moisture content. So, vapour cooling cannot be the origin of this condensation.

However, vapour mixing, by itself, can produce condensation, particularly when there are great differences in the moisture and temperatures of the things being mixed, such as with contrails, steam fog over water, and seeing one’s breath.

An odd thing is that people watching the elk and breathing the same air did not see their own breaths. The implication is that the air exhaled from the elk’s lungs had the higher temperature (and moisture content). Possibly this occurs because these elk have just transitioned into their winter fur and were somewhat overheated. 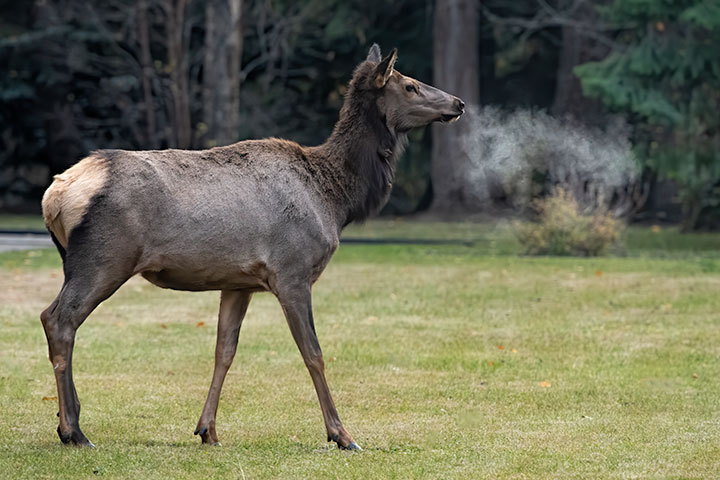 A spike elk (a yearling male) breathes out. 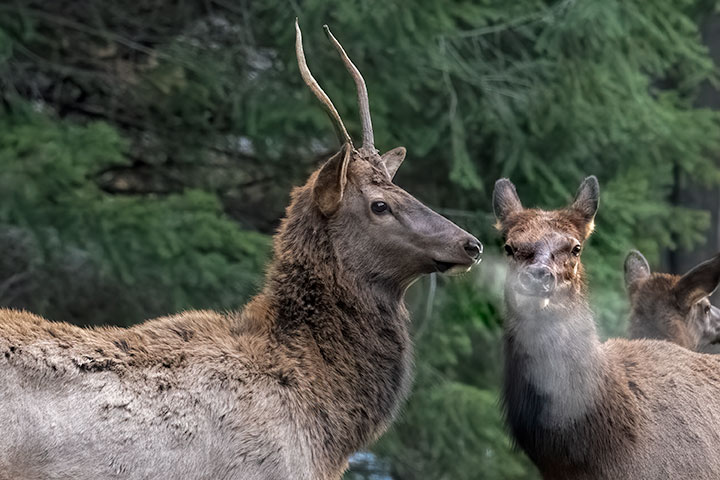 Apparently, another youth has just taken up vaping. 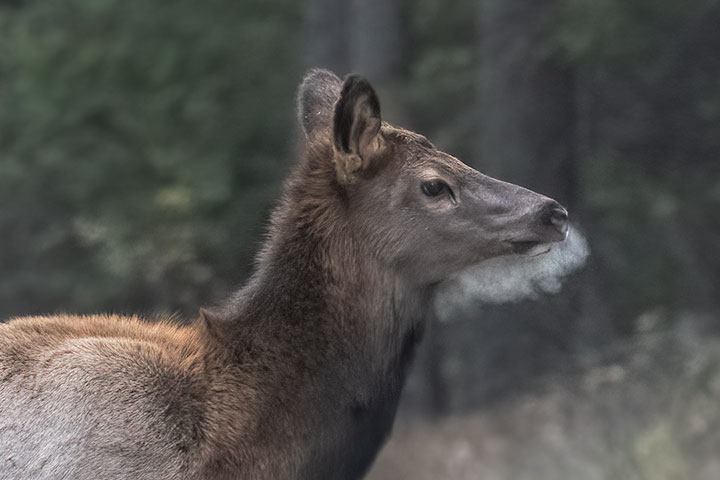 This entry was posted in mammals, weather. Bookmark the permalink.