This is a collection of images from this October, none of which has had a posting of its own. The month started slowly with many walks producing few good observations, but things improved towards month’s end.

A dozen different species of gull have been seen occasionally, but only three are really common: Herring Gull, Ring-billed Gull, and California Gull. This is the California. 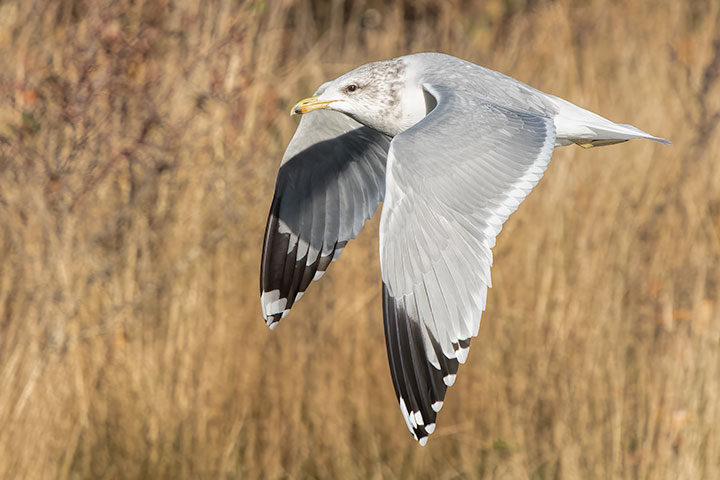 I rarely see a House Sparrow (male on left, female on right), despite it being widespread and common across the continent. However, the bird is an urban junkie, and I am rural. 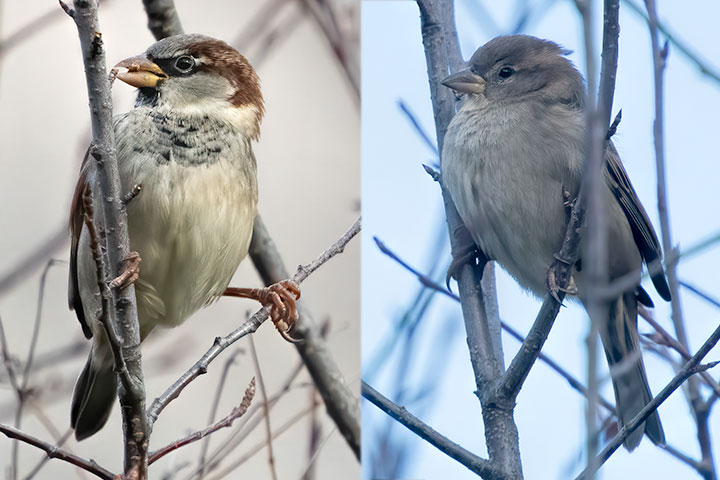 A Double-crested Cormorant had been seen a few times early in the month, but always swimming in distant waters. This one was nearby as it took its leave from a piling. 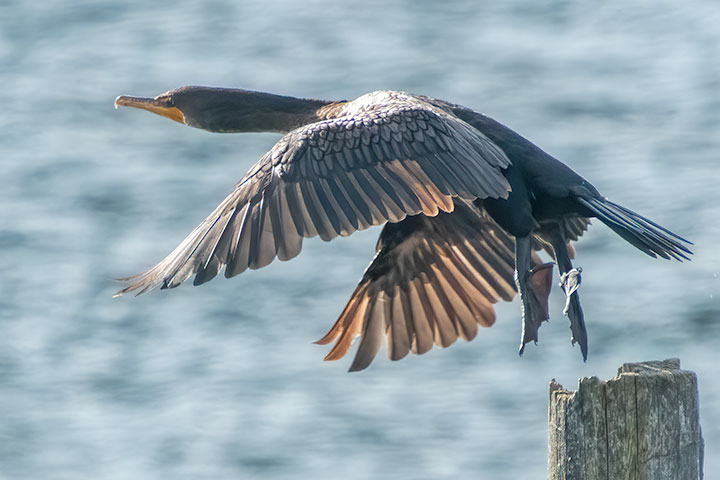 The Black-billed Magpie is a striking bird, but somewhat uncommon in this heavily forested region. So, getting a close shot of one flying past packing prey (a grasshopper) was a delight. 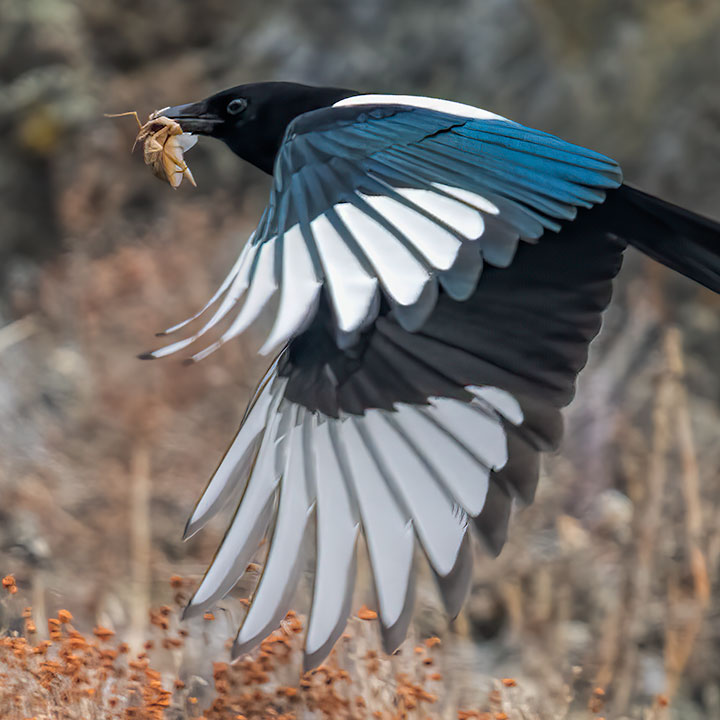 This iridescent wave cloud was seen the same day as the Bufflehead Duck’s iridescent feathers. 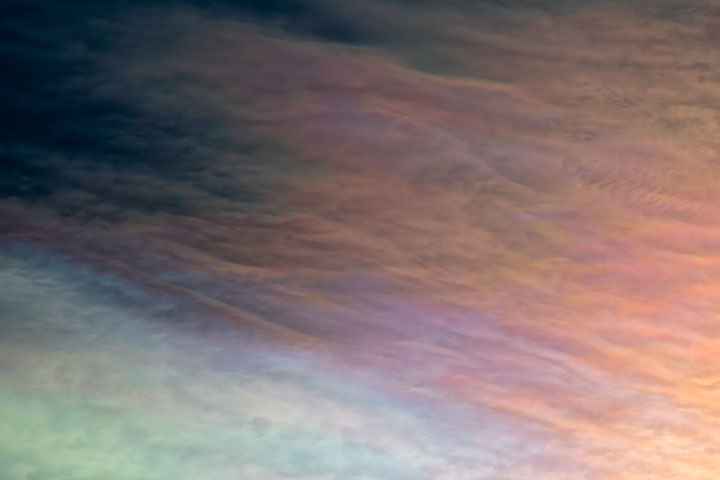 A female elk resting in a forest was seen about an hour prior to the elk exhaling steam fog. 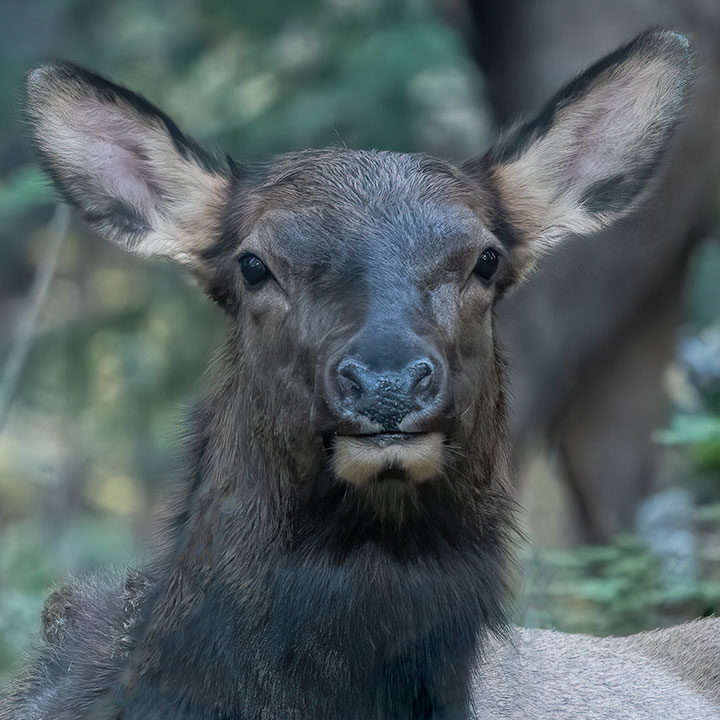